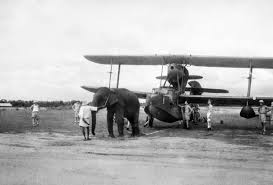 11.
With whom was the battle of Buxar fought by the East India Company?

Correct Answer: A [Mir Qasim]
Notes:
The battle of Buxar was fought on 22 October 1764 between the combined armies of the British East India Company and Mir Qasim, the Nawab of Bengal, the Nawab of Awadh and the Mughal Emperor Shah Alam II. The British were led by Hector Munro in this battle.

12.
Which of the following is called the Magna Carta of Indian education?

Correct Answer: A [Woods Dispatch]
Notes:
Sir Charles Wood was the Chairman of the Board of Control of the British East India Company. He sent a dispatch to Lord Dalhousie in 1854. He suggested that primary schools should have a mother tongue education, and high schools should also have an English education, called its Woods Dispatch.

13.
Vernacular Press Act and Arms Act was passed by which Viceroy?

Correct Answer: A [Lord Lytton]
Notes:
Lord Lytton was Viceroy of India from 1876 to 1880. He was severely criticized for not handling the famine of 1876-78 properly. He passed the Vernacular Press Act and the Arms Act of 1878.

14.
Which of the following Viceroys was assassinated during his tenure?

Correct Answer: A [Lord Mayo]
Notes:
Lord Viceroy was the only Viceroy of India who was assassinated during his tenure. He was assassinated by K Pathan during an inspection trip in 1872 at Port Blair, Andaman Island.

15.
Why did Lord Ripon constitute the Hunter Commission?

17.
Who among the following is called Maratha Machiavelli?

Correct Answer: A [Nana Fadnavis]
Notes:
Nana Phadnavis was an influential minister and diplomat of the Maratha Empire during the Peshwa rule. They were called “Maratha Machiavelli” (a name based on the well-known Italian diplomat Nicolो Machiavelli) by Europeans. Even during the increasing power of the British Empire, he protected the Maratha Empire.

18.
With which war is the treaty of Srirangapatna related?

19.
Which statement is false with respect to the Poona Pact?

[A] This agreement was between Jawaharlal Nehru and Ambedkar
[B] Under this, the disadvantaged class decided to remain in the joint electorate
[C] seats were reserved for the deprived class in the provincial legislatures
[D] It provided adequate representation to the underprivileged in the civil services.

Correct Answer: A [This agreement was between Jawaharlal Nehru and Ambedkar]
Notes:
The first of the above statements is untrue, the Poona pact was signed between Mahatma Gandhi and Bhimrao Ambedkar.

20.
Who led the Mahad Satyagraha?

Correct Answer: B [Dr. Bhimrao Ambedkar]
Notes:
The Mahad Satyagraha was led by Bhimrao Ambedkar on March 20, 1927, at a place called Mahad in Raigad district of Maharashtra.

Get Free Job Alerts in Your Email – Subscribe Now